Global’s Make Some Noise improves the lives of disadvantaged people by working with small charities across the UK.

The charity believes everyone deserves to feel safe, feel well, feel included and feel prepared. They work across four key areas: providing shelter and safety, supporting physical and mental health, preventing isolation and improving life skills. The charity is keeping crucial services going, such as food banks, domestic violence and mental health helplines, carer support, community projects and employment programmes. Make Some Noise is proud to be a voice for small charities. They raise awareness of some of the biggest issues affecting our society by working with Global, the Media & Entertainment Group. 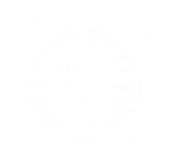 In a rare opportunity to have access to the open-ocean for months at a time, this adventure, a feat in itself, will also provide scientific data on micro plastics within the North Atlantic Ocean.  Mark has partnered with The Ocean Plastics Society to play a major role in collecting samples in one of the most profound characteristics of the North Atlantic – the Gulf Stream.

In simple terms, this will involve dragging a neuston net for 45 minutes then carefully collecting and storing the samples each day. The opportunity is ‘unique’ in that it will allow for the capture of particles over a period of several months at a speed that is perfect for marine plastic sampling in a craft that makes deployment advantageous.

Through close liaison with Bonnie Monteleone, Director of Science, Research and Academic Partnerships for the Plastic Ocean Project, Inc. and the various researchers at the North Carolina University, a system is being designed specifically for Marks craft to capture and record sub surface micro plastics within the water column which will then be analyzed once Mark is back on dry land. To date, collecting a large sample set just below the surface has not been accomplished.  The results could strengthen our understanding of what types of plastics exist below the surface as well as how weather plays a role in the “yoyo” effect on submerged plastics.

Bonnie has considerable experience in this field, being a marine researcher who has been involved in the sampling of micro plastic in four of the five major ocean gyres including the Sargasso Sea.

Through comparison with ocean currents, weather and other variables, it is hoped that this will assist in giving a valuable insight in to micro plastics within the North Atlantic gyre, a huge circulatory system of water stretching from near the equator, almost to Iceland and from the East coast of the U.S.A to the West coasts of Europe and Africa.

It is hoped that through his efforts, Mark will not only provide scientific data but also further raise the profile of plastics within our oceans, types of plastics that are available for marine species that feed in the water column, and more insight into the effect plastic has on the planet as a whole.

All money raised will be put towards a Microscopic FTIR – iN10MX, an Infra-red microscope, enabling researchers to accurately analyze for plastic particles down to 10 micron which in turn will help highlight the distribution of plastics within the oceanic ecosystem.